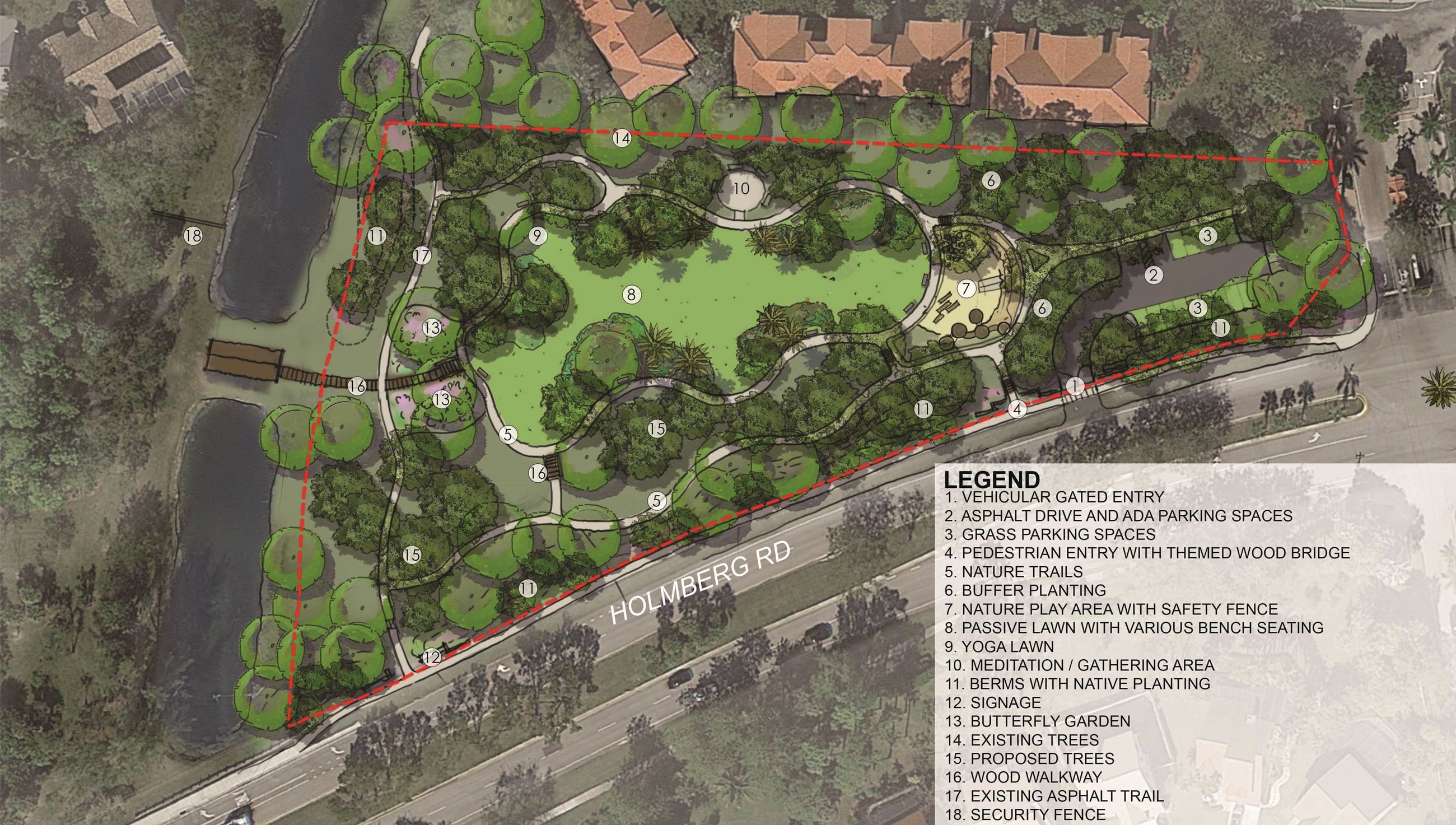 This project is on approximately 2.9 acres along the north side of Holmberg Road and immediately east of Covered Bridge Park. The area has been overrun by invasive exotic vegetation not native to Florida that hinders healthy growth of native species of trees and foliage. The first phase of this project, which took place in October 2019, was to remove those invasive species from the area. During this process, native trees were left and only invasive vegetation was removed.

In this area that was previously thick wooded brush, there will ultimately be walkways, a connection with the covered bridge, a connection with the trail to Six Acre Wood Park, areas for friends to gatherer, nature areas, manicured open spaces, entry features, and a gated parking area that will be locked when the park is closed. The parking lot will not only serve the passive park, but will also, for the first time, provide parking that can be used for visitors to Covered Bridge Park and those who access the pathway that connects to Six Acre Wood Park.

The City of Parkland has a conceptual design for this passive park as depicted by the renderings on this page.  The concept has evolved as the City has received feedback from residents.  This park is proposed to not have bathrooms or lights and would be open only sunrise to sunset.  It would have a small, gated parking area accommodating approximately 20 vehicles.

If you would like to provide feedback on this concept, you can do so now:  click here Version OptionsPASSIVE PARK ADJACENT TO COVERED BRIDGE PARKHeadline. 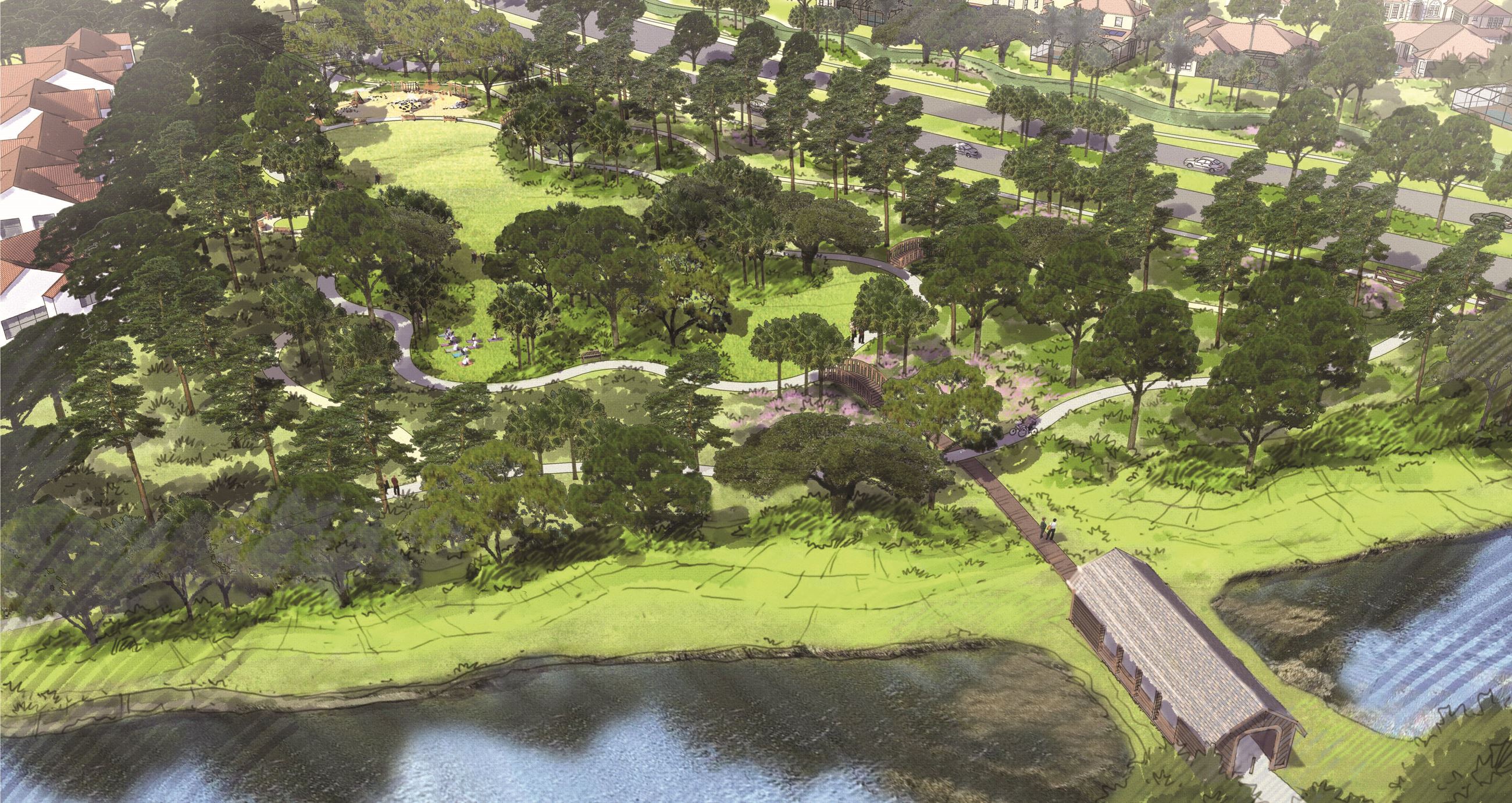